When I was 11 I decided that I wouldn’t waste my summer. Instead I would learn a language. I thought about my family’s ethnic background and decided to learn German. I am actually German, Irish, Swedish, English, Danish and I think something else I can’t remember. You get the picture. But since my last name was Kruger I decided to go with German. I found the Germanic-American institute and signed up for classes. The next summer I went to one of the Concordia Language Villages. Then I studied it independently and in college. But still I am not proficient and I haven’t even tried for years. It is not easy reclaiming something that has been lost.

For my children they identify as Cambodian. It is a little easier for them. Their dad speaks Khmer (Cambodian). Their grandparents speak only Khmer. The foods are still a regular part of our life. And I am content to let them keep the Cambodian part of their identity. This is something that I always felt like I missed and tried to recreate.

Now that I am living in a part of Minnesota that was settled by Swedish immigrants I am enjoying learning more about this side of my family history. My grandmother was a Gustafson. The town of Lindstrom is not so far away and I remember visiting there as a child and still hearing Swedish spoken on the street.

When I took my

lefse class I didn’t know how my family would respond. It was definitely something more for me. After I bought the basic equipment I waited a couple weeks to try making it on my own. When I did I was surprised to discover the girls loved the process. Before I was finished all 3 of the older ones were busy rolling away and even trying their hand with the griddle. 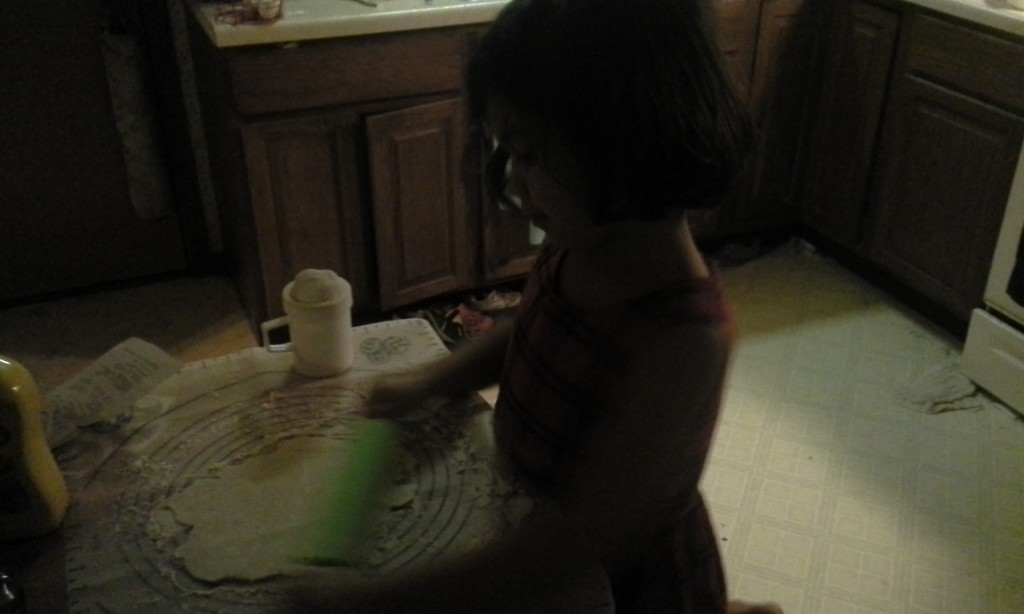 I was particularly surprised at Effie, who really enjoyed helping out in the kitchen. She is just starting and did a wonderful job rolling out the lefse.

The next couple of days Mavis kept asking for lefse. When it was gone she kept asking when we could make more. So tonight we made it again. The good part for me was I knew I wouldn’t be doing any rolling. As soon as the lefse was prepped the girls took over. We talked a bit about a cold country where the growing season was very short and potatoes were a staple. And we enjoyed a traditional food. So glad I could share with my daughters!